Don’t thank veterans for their service, everyone says. I understand that – it’s as reflexive a phrase as saying “you too” after someone tells you to have a nice day. Often, I would imagine, it means about as much.

So I’m not thanking anybody today – I’m not even addressing this to veterans themselves. They know these things already; they aren’t the ones who need to ponder, to realize, to weep, to simply understand. I myself am pitifully far from understanding, but I hope that each day that goes by gives me a little bit more compassion and wisdom.

The people who have joined the military and have never been deployed, never feared for their lives, never heard a hostile shot fired – do you thank them for their service as sincerely as those who have seen their friends die next to them, lost a limb, returned with tortured minds that can’t escape the things they’ve seen? They joined the military, got paid, tread the water of their lives for a few years, and then returned to civilian life. That’s not glamorous, that’s not terrifying, that’s not something that would inspire tears of gratitude in your eyes.

No, those people gave nothing but a few years of their lives – a few years for which they were compensated monetarily. They have no scars, mental or physical, that they can wear with pride or hide in shame, nothing to show that they actively protected their country or the people in it. They can’t say “I fought our enemies so that my children wouldn’t have to.” All they have is the thoughtless five words ignorant, well-meaning people constantly pass them, and they perhaps would not even have those empty tokens of gratitude if they made it clear they hadn’t “really served.”

Sacrifice is only beautiful if it comes back scarred, right?

Such a dismissive thought process is even more careless than empty gratitude.

“Greater love hath no man than this, that a man lay down his life for his friends.” Each man (and woman) who joins the military is offering to sacrifice themselves for people they love, a country they believe in, principles they’ll back with their lives. Every man stands before a firing squad, uncertain whether he’ll be shot at or not. He stands there, though, knowing what may possibly happen to him.

He stands there and around him ghostly pale stand the wife he loves, the children he’s just beginning to know, the parents who have given him everything, the career he’s not sure he’ll ever have, the dreams that may never come true. Together they stand, waiting patiently, bravely, for each moment to pass. They aren’t waiting for the end. They’re simply waiting through each moment, grateful for each breath.

This is as much the face of sacrifice as a coffin with a flag covering it.

There are no atheists in foxholes and there is no man in fatigues who doesn’t love someone or something. Beyond their own lives, these brave people risk that person or thing, that dream that perhaps has not yet come true, or that dream which they desperately want to hold for a while longer.

They may come back unscathed, but they offered as much as a man who returns from war a triple amputee with PTSD.

It’s that offer for which I want to thank men and women who have served – thank you for loving me, your family and friends, your country, your convictions enough to offer your body, your sanity, your life.

Are you thanking them for loving something more than themselves? To me, that’s their heroism.

When you think of these men and women who offered themselves freely, think too of the people who let them go – the people who loved them more than anything. That love too is a sacrificial love.

War is violence and death and pain, I know. Sometimes too it can be waiting at home in unglamorous uncertainty for the call that you’re needed.

But when I think of the military, I think of love. I think of people willing to take the burden and consequences of a broken world on their backs, offering their lives for something they care about more – a safer world, liberty, the lives of the people they love.

You don’t need to thank a veteran for his service. You need to weep with gratitude.

Gratitude has hands as well as a mouth, so find real ways to thank veterans. Volunteer, contribute financially, support the families of active duty military or of veterans, living or deceased. Give to them: for you, no matter how indirectly, they offered (and same gave) everything.

Veterans have loved powerfully – the best way to thank them is to love them powerfully in return.

View all posts by Ellery 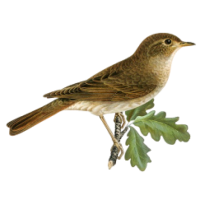 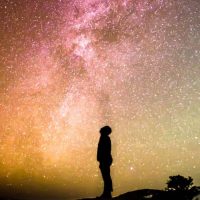 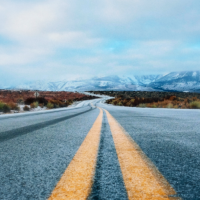 Poems & Stories from an Imaginative Mind

personal blog for personal use and the vague desire to share.

beauty begs to be sculpted

my blog, i suppose

a haven for fans of the Tales of Goldstone Wood

when through the woods
a wildflower garden

a bit of madness is key

the stories are true

Examining the cobwebs of my imagination. Try not to sneeze.